…and I thought it would be a good opportunity to reflect on exactly what those mean, in this context.

The first thing I did after typing those words, was to go back to the first chapter I wrote and re-read it. It sucked. It was about 1800 words long, as a chapter, and 900 of them were dead-boring info-dump exposition back-story. They read like I was writing to myself and still trying to figure out what was going on and how it all worked. Which of course they did, because that’s exactly what they were.

‘The End’ then just meant the end of the first draft, and the first draft sucked in many ways, which is fine. First drafts are meant to suck in many ways. You need–I have found and other wiser writers have said–to give yourself permission to suck in that first draft. Chuck Wendig has said that the draft is where you make the words and the editing is when you make them not shitty (or words to that effect). So having shitty words didn’t bother me so much. I accepted that was part of drafting and that I would begin soon the task of making them not shitty.

Thus, The End is the beginning 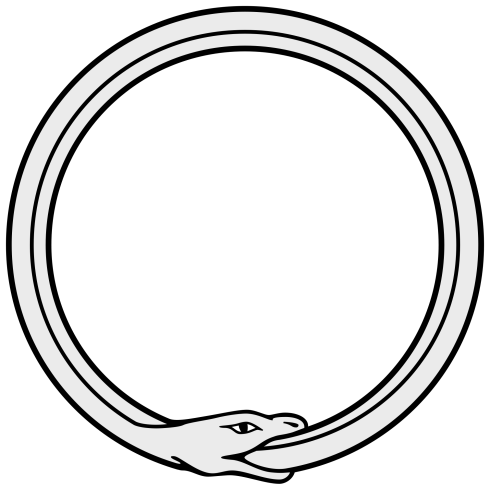 This is the third time I’ve been able to type those words and each time I feel like I’ve put them on a draft which was better than the last draft I put them on. Not only that, this time it was the quickest draft I have written, the shortest length of time between setting down those first uncertain words and concluding the story which grew from them.

I started planning this story on 7th July 2015 and wrote the first 20,000 words or so in that month before putting it aside and going back to the revisions on my previous novel. I picked up on this one again in September 2015, with this story still only 20,000 words. I wrote ‘The End’ on 7th Feb 2016, by which time there was 91,454. That means over 70,000 in under 6 months. Given this was around a full-time job, two young kids, Christmas, birthdays, family visits, life-in-general, I think that’s a decent pace. I can improve on it, but it’s significantly quicker than my previous efforts. Partly this is because of general improvements in my process and craft. Partly this is because of NaNoWriMo.

I had been very skeptical of being involved with NaNoWriMo before. The idea of sacrificing quality for quantity and churning out words for the sake of words seemed at odds with how I wrote, but I decided in 2015 to use it as impetus to get a few more words on this Work in Progress. I never expected to get 50,000. And then I did. 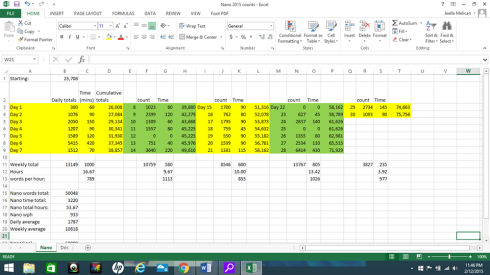 My daily, weekly, and monthly totals

Nano wasn’t too hard at all for the first 21 days or so. I had done significant planning beforehand, I had a really clear idea of where the story was going and who was doing what with/to whom and when and where and in what sequence and why and such.
But it wore me down. That fourth week was a chore. You can see I skipped two days in that week entirely. I basically gave up. But a big day spent sitting for several hours at a cafe yielded over 6,000 words and put me back in with a chance and my stubborn competitiveness helped get me over the line.

I started November with 25,000 words, and that had been the work of July, September and October. By the time December began I was over 75,000 and planning to finish by the end of the year.

I barely wrote at all in December. I was so fatigued by the November efforts I basically did nothing for a week and then I wrote a bit in the second and third week before Christmas etc hit and I did nothing until January was pretty well underway. I decided I’d try and finish by the end of Jan and missed that goal too, but only by 7 days.

Part of the problem was that I felt so close. I figured another 10-15 (on top of my 75) would get me there, and I was writing that basically weekly throughout November, so how hard could it be? But the push to get words down had taken a toll. Those words weren’t always according to the plan, and the plan had to change, and that’s fine, but I found I had lost my direction. I had to go back and re-write and re-shape and then plan again and draft again and cut and create. It was a tough process. I ended up cutting 10,000 words back out over January and the start of Feb. The last three chapters took forever and changed many times.

And so when I did finally get to write ‘The End’ it was deeply cathartic, to know that it was done, and all of that effort had led to a moment where I could feel, briefly, that the story was told.

Thus, The End means a time to celebrate. 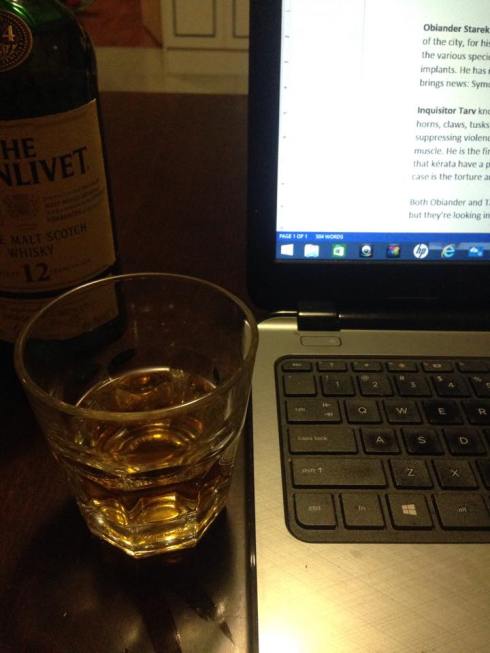 Now I have sent the finished draft off to beta-readers. I won’t look at it now for a month. Then I’ll print it out, chapter by chapter, make my own notes and consider the feedback from my readers and start the process again. Because ‘The End’ is the beginning. And one day in a April or May I’ll be able to come back to ‘The End’ having revised the draft and ‘The End’ will again mean that it is a time to celebrate and reflect.

I started something new today. It’s just a series of thoughts and ideas, a totally different story in a totally different world to the last two I’ve written, but I think it has some legs and somewhere to go.  I have 6,000 words down, of which about half are genuine words and the other half notes and planning and reminders and suggestions.

It’s a near-future sci-fi with cyberpunk influences and it opens with a Hemi-powered Charger, some old lovers, a night drive, a quiet bar, a secretive job offer, a computer chip, an ambush, a knife fight and plenty of gunfire.

So the process begins again. Hopefully in six months I’ll get to ‘The End’ of this one.